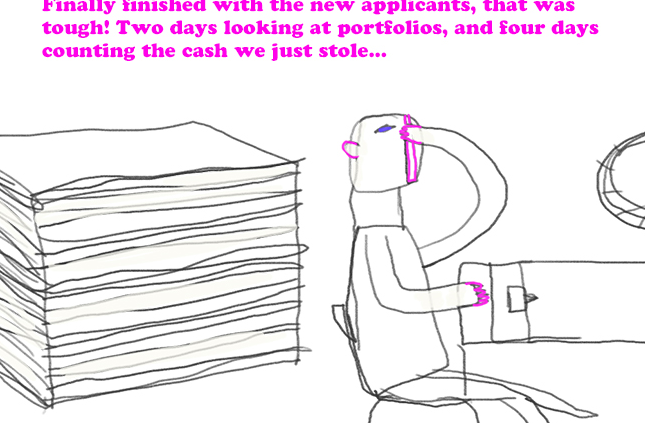 Art college is for many a great experience, however it doesn’t always go to plan. So I’m going to look at the less positive aspects of art college, including my own time at Robert Gordon University’s Gray’s School of Art in Aberdeen.

No disrespect to art colleges but they are almost all thieves. At portfolio submission time to cover the cost of handling your portfolio, plus for sending to your second and third choice art institution, they require a fee of, what is it now, 50, 60, 100 quid? They receive how many applicants? 2000 x £50 = £100 000. 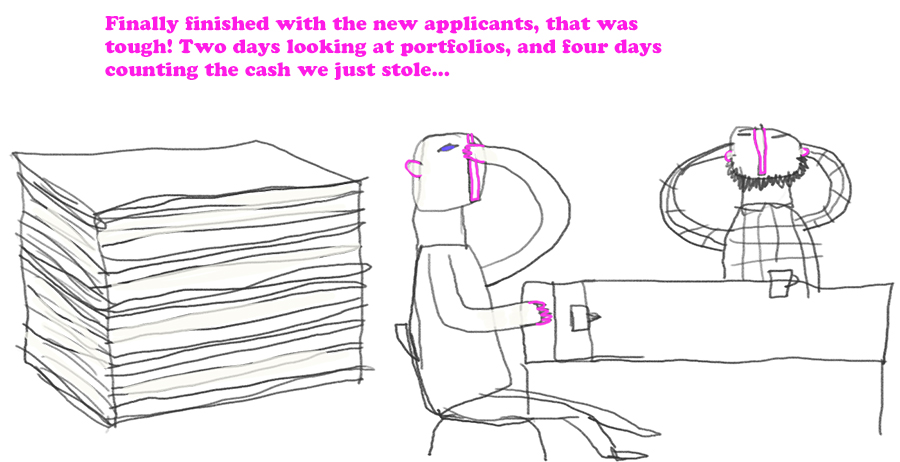 In return for a cursory glance at your work, you will be accepted or turned down. No feedback or advice. Any passing to second or third choice institutions does not happen. The vast majority of colleges are not interested in second or third choice students. They can argue they are underfunded, but it is immoral to take money from the pockets of the people you are rejecting to pay for the tiny minority you are accepting.

Those who can’t do… often teach art very badly

Art teachers. They know their stuff. Well maybe some of them do. Communication skills? Empathy? An ability to spot different students are at different places on their artistic journey? An understanding of which students need a kick up the backside, and which need some kind words of encouragement? An interest in teaching the whole class, not just their favourites – the ones that remind them of their younger, beautiful selves. An ability to hit on 19 year old students, despite being well into their forties, fifties, sixties, hello Operation Yewtree, how can I help you… Let’s put it this way, it’s not that hard to become an art tutor at an art college, but I suspect it is very, very hard to get kicked out. 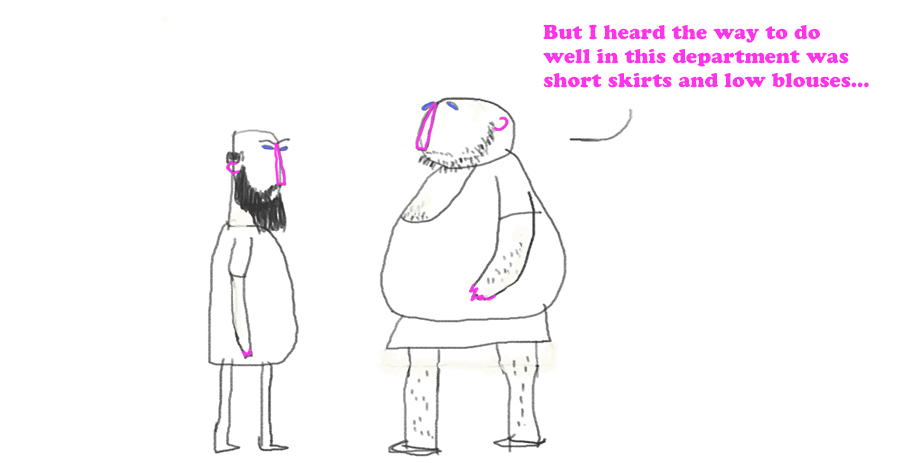 So you may have picked up a little bitterness in this article. I was ‘asked to leave’ Gray’s School of Art in 1988. The head of graphic design Ian Cargill (the only graphic design tutor) had taken an instant dislike to me, and seemed determined to remind me whenever he got the opportunity that he hadn’t changed his opinion throughout my short time in his class. I was far from perfect, but I was then, as I am now, a graphic designer.

I received a letter at my home informing me to meet at the Head of School’s office at an allotted time. On arriving for the meeting I was immediately informed by Head of School, Professor Eric Spiller ‘we have no option but to ask you to leave’. That was my first communication on the subject. In the corner looking at the floor was Ian Cargill. Next to me was Malcolm Brown*, head of Textile Design at Gray’s School of Art. 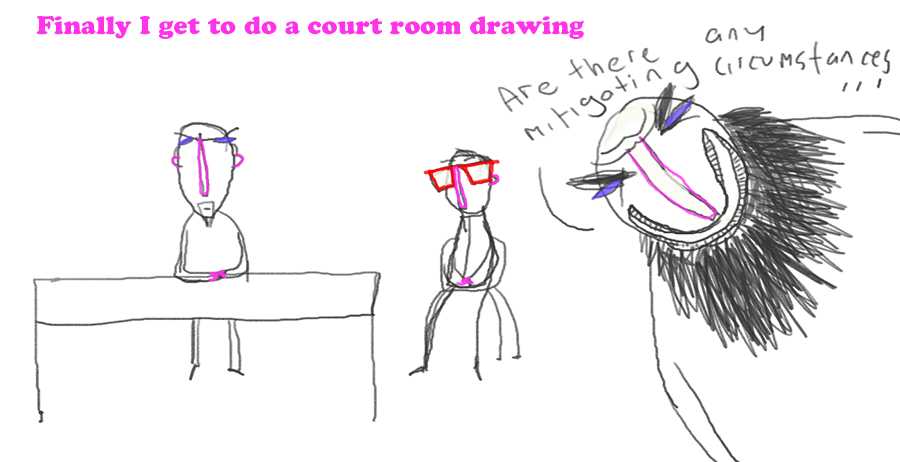 Malcolm leaned into me, face to face, about 15 centimetres nose to nose and growled/sneered, ‘So are there any mitigating circumstances to take into account, Iain?!’. Safe to say Malcolm was enjoying the ending of a twenty year old’s education. Despite the fact he had never taught me, didn’t know me at all, had never previously been in the same room as me.

I just looked at him, speechless. Looked over at Ian Cargill, still looking at the floor, looked up at Professor Eric Spiller, waited a few seconds in an idiotic act of politeness to be sure they had finished talking,  stood up and left. I didn’t utter a single word the entire meeting. And that was me done with Gray’s School of Art, and full time education. My self confidence shot to pieces.

*I have since been informed by a former student of that era, the head of textiles was Malcolm McCoig – more on that at the end of the article.

I’m still not sure why I didn’t take my own life afterwards. I certainly thought about it, little else for over a year. Graphic design, my art, was my thing. It was all I had, and it had been taken away. Knowing more now I should have seen a doctor. It would be two decades later before I began work as a graphic designer. Self taught thanks to the internet, Apple and Adobe. Shocked at how easy design was for someone with my skills. Two decades of working as a barman, postman, dishwasher (no disrespect to anyone working in those jobs) I wasn’t even good at the jobs, the wasted decades.

I wondered why Ian Cargill did it. I joined the class late, having been initially turned down by Cargill on first applying for the over subscribed class. Another tutor on learning I was to leave art college as I was unhappy in the Painting department (whoever became a successful painter on the back of being turned down by graphic design…) got me a place in his class. In about 10 minutes. You can see how he may have borne a grudge. While the class had many talented people, on arrival in the class, I was shocked at how poor they were as graphic designers. I had presumed I was turned down due to the talent of the preferred students. I didn’t know then, why I knew that. I know now, as well as graphic design, one of my skills is spotting talent in others. Oh the irony.

On top of that, we were four days on our main subject graphic design, one day on our second subject. It was a choice of Ceramics or Textiles. For graphic designers. In a school that had a painting department and a print making department. But they were in the  fine art side, we designers had to stay in design. Just a complete waste of our time, and most days in ceramics were a clay fight as there were no tutors around.

When I began teaching myself graphic design in my late thirties I began getting flashbacks to being in the class. All sorts of stuff came back to me very vividly. It was so distressing at one point, I almost stopped trying to learn graphic design. Something in me felt it would eventually stop if I pushed through. But this is why I now remember so much detail so vividly.

He had taken an instant dislike to me, and was in no way trying to hide it. During my time in his class he walked away from me while I was talking to him twice, missed me out of a teaching round once, out of a crit once, never once said a positive word to me on anything. This is not how he was behaving towards other students. The last couple of months having realised trying with him, was making it worse, I stopped talking if he was around. Trying to disappear into the background. Not sulking, trying to be invisible. I was nineteen years old.

No advice was given to me on being thrown out. Not even letting me know I had a right to appeal. To make a complaint. There was no internet back then, to find out about these things. At the time, I just remember amongst the sheer awfulness of it all, an enormous sense of relief to be out. I’d say out of an abusive relationship. Just before the depression kicked in.

But it would be wrong to end it there. George Craigie had taught for a few months in Graphic Design and was a great teacher. The artist Joyce Cairns taught me during a brief spell in the Fine Art department. She was excellent at her job, is a great artist and a kind and decent human being. Gordon Hamilton’s art history lectures engrained in me a love of the history of art I will never lose. And the library, oh the library, like a sweet shop for the creative brain. The lovely helpful librarian. The shiny new Creative Review magazine that arrived every third Thursday in the month, about 10.30am. The collection of back issues of assorted design magazines, which had it’s own cupboard, with a desk and chair. And the fabulous book collection…

Update: I have since been informed by a former student of that era, the head of textiles was Malcolm McCoig at the time. Despite the very traumatic experience feeling like it was just yesterday for me, I can’t be sure whether I got the name or the job title wrong. Perhaps the particular person would like to get in touch to take the credit. To be fair there were a number of balding, bearded, angry middle aged men working at Gray’s at the time. So that’s why I may have made an error. It was definitely Ian Cargill and Eric Spiller though.

Iain Cameron is a graphic designer, web designer and illustrator based in Copenhagen. Here is my portfolio. 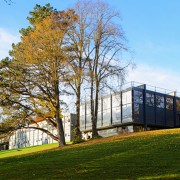 Advice for new students at Gray’s School of Art, Aberdeen 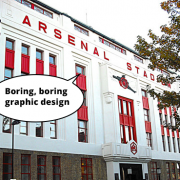 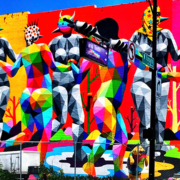 How to get good at Photoshop quickly 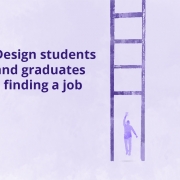 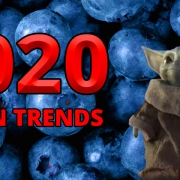 Graphic Design trends for 2020 and why you should ignore them 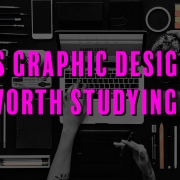 Is graphic design worth studying?
2 replies