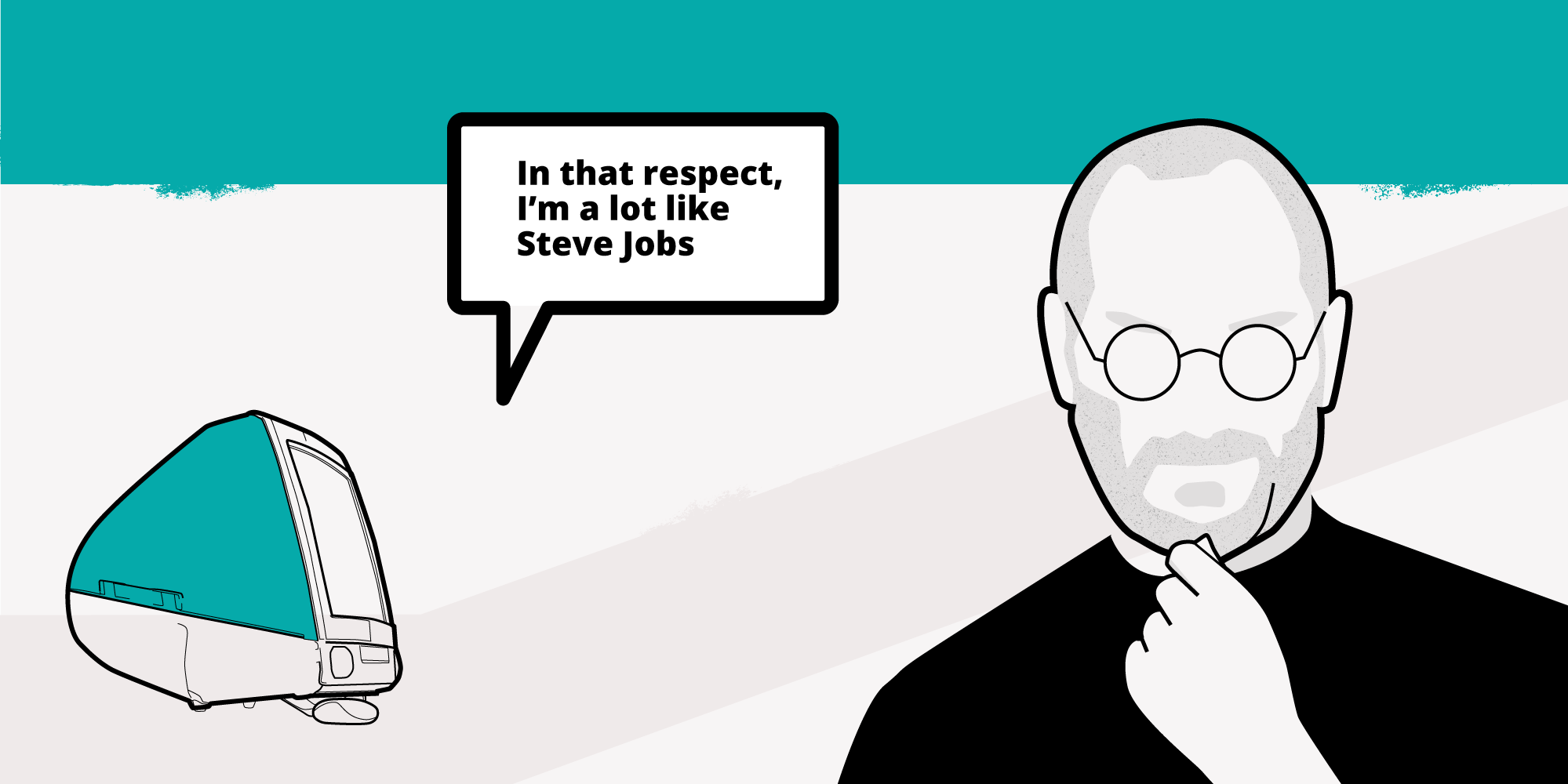 I like Apple, I like their products, I own quite a few. I would consider my relationship to Apple to be a healthy, rational, grown up one. This is, as opposed to my relationship with say, the football team I support, or The Sopranos… I could go on.

The first Mac I owned was the original iMac, complete with dial up modem. It recently had it’s twentieth anniversary. The iMac transformed my life from a struggling illustrator working dead end jobs to pay the bills, to a, doing pretty good thanks, graphic designer, web designer and illustrator. So I am grateful to Apple, without being a ‘fanboy’. 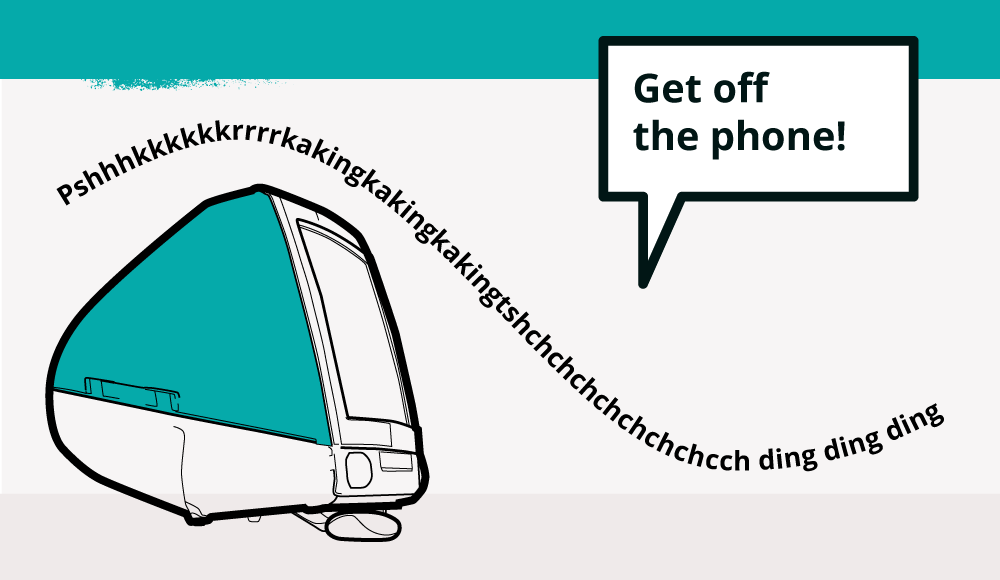 I have a couple of good friends who are from the world of web development.

The ones who can fix technical problems, talk the language of PHP, Javascript, Python (I think they make a lot of this stuff up to be honest), who absolutely don’t like Apple products. They are fantastic, warm, generous, incredibly smart, funny people, and on occasion they tease and try to provoke me for being an ‘Apple fanatic’.

After a beer or two, they will start on the Apple fanboy bullying. They will use phrases like ‘specs’, ‘ram’, ‘graphic cards’, ‘hard drive capabilities’, ‘dungeons and dragons’, and ‘Gollum’. I’ve no idea what any of it means, but I smile politely at the teasing as I don’t know when I’m going to need them to fix a bit of PHP or help move furniture up to my flat on the fourth floor. 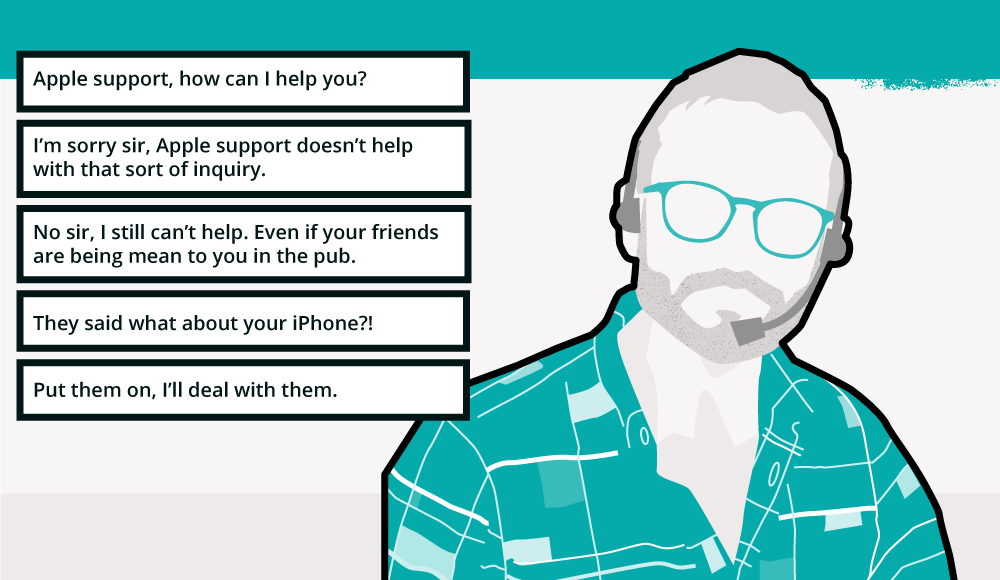 I am however no angel in the art of Apple bating (it’s a thing). A couple of times, when encountering IT support professionals in a workplace for the first time, waited for them to set up my computer, thanked them for their help, then deadpanned  ‘any chance of a Mac instead?’.

And I know I’ve made an enemy for life. I can’t help myself.

I have also experienced, Mac snobbery from other Mac owners. ‘Oh do you like Macs too’, said with a sneer and a look of disdain.

There is something of an elitist teenager to these people. Mac products appear to have replaced the latest band, only they are into, that they discovered, that defines their personality. The band only they and their ‘cool’ friends like.

I find this amusing on a number of levels. Not least, as a designer, that people with a couple of Word files, photos and music on their computer, consider themselves to be the true Mac user, and better than me. As a non competitive person, I just find it a bit weird.

The other down side with Apple is the Steve Jobs problem. Steve Jobs was a great man, but he left behind another legacy that he shouldn’t be proud of. And I am not referring to those tacky Apple stickers that come with every product. 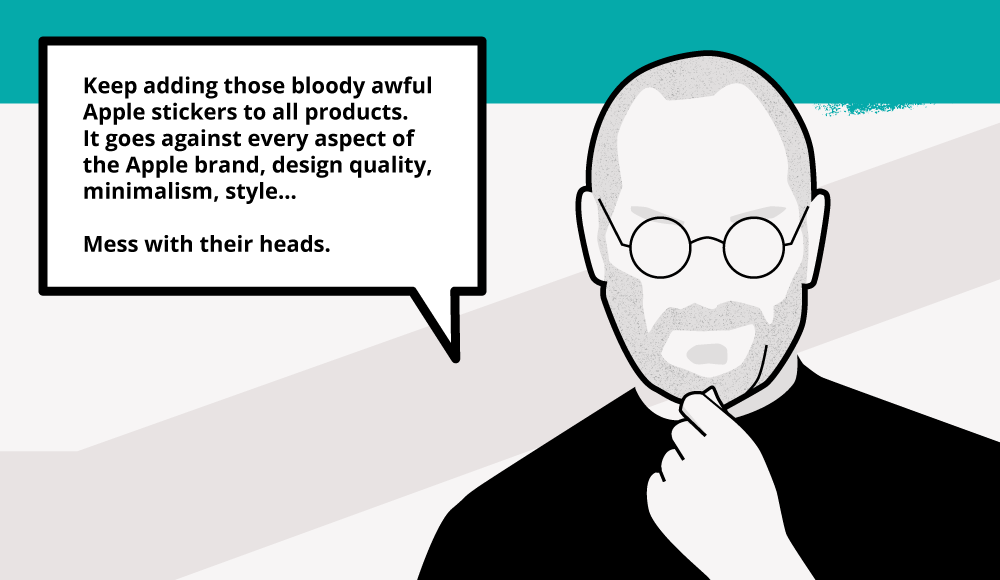 The final piece in the jigsaw was dropped into the conversation during a client meeting on an unusually difficult job. A very likeable person, unaware of the problems he was creating. The previous couple of months of nitpicking and thoughtlessness, all made sense.

‘In that respect, I’m a lot like Steve Jobs’.

Suddenly, all the other clues were obvious. The black polo neck sweater. The unshaven look, The Mac Book, a complete lack of consideration or respect for another professional’s time or skills. As if on reading about an often nasty, difficult, person, thought, now there’s a role model.

We should all read about Steve Jobs, learn about the man, admire his incredible legacy, enjoy his products if you like them, but don’t try to be like him.

Exceptionally talented people can be kind, generous, respectful and of course modest. Take it from me…

You can read more about Iain Cameron here.